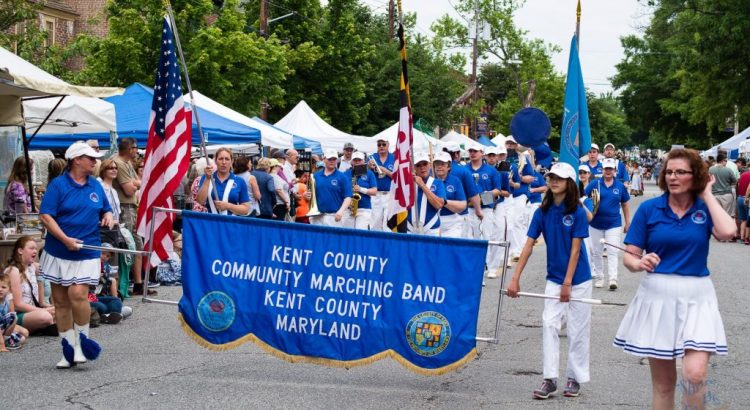 Kent County in Maryland is home to five towns. These are Millington, Chestertown, Galena, Betterton and Rock Hall. We take a look at each of these small towns, their location, and dominant characteristics.

The town was initially called Rock Hall Cross Roads. The town’s main street was the first road in the county back in the year 1675. Years later, the town became the terminal for ferries in the county that traveled from the eastern shore and Annapolis. Presidents Washington and Jefferson passed through Rock Hall Town heading to the continental congress in Philadelphia. The town is well known in the modern day for its numerous marinas and restaurants that serve great seafood.

Galena town was founded back in the year 1763 and was by then known as Down’s Cross Roads. This was after a local businessman, William Downs. The town later became known as Georgetown Cross Roads and then as Galena. This comes from a variety of silver that was once mined in the area. The town of Galena bustles with sailors, fishermen and kayakers. The streets are lined with shops and restaurants and visitors can enjoy live music, wine, boating and the amazing views surrounding the town.

Chestertown was founded in the year 1706 and is the present-day county seat of Kent County. The town was a major point of entrance during the colonial times. The town has beautiful brick sidewalks, inns, restaurants and antique stores. The town also has several famous colonial residencies and houses with more modern and elaborate styling. The town is also the home of the Washington College which is America’s tenth oldest Liberal Arts College. It was founded in the year 1782.

The town of Betterton lies in Kent County’s Northern side at the mouth of River Sassafras. The town has a population of about 356 people. The town started off as a local agriculture port and a fishing village. The town’s name comes from Elizabeth Betterton. The town later became a great beach resort supported by the increase in boat traffic from Philadelphia and Baltimore leading to increased demand for hotels and piers. Betterton beach within the town is a five-acre public beach park equipped with restrooms, boardwalks, and pavilions. The beach also has an extensive 300-foot frontage and a 700-foot access to the shoreline.

The Town of Millington was chartered in the year 1798 by the general assembly. And later incorporated 92 years later in the year 1890 Millington developed as a small village located on the banks of the Chester River, sharing the Chesapeake Bay shores with the neighboring Kent and Queen Anne’s Counties. The land on which Millington town is located was settled in the late 1800s. Over the years, the name of the town has changed having begun as Head of Chester, to Bridgetown around the year 1724 and finally in 1818 to become known as the Town of Millington. The town has a strong rural atmosphere and provides lovely views of the waterways and great fishing opportunities.